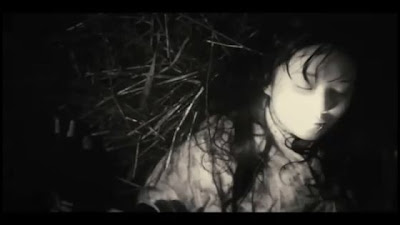 With the proliferation of smartphones and tablet computers on the Australian and global market, accessing digital content is no longer tethered to a fixed time and place. While the devices that have brought us such integral applications such as Cat Piano and Fruit Ninja have undoubtedly changed the way and the places that we use and access content, can they also be the tools of an internationally acclaimed director? South Korea’s Park Chan-wook (Oldboy, Thirst) thinks so.
The director, whose work recently featured on SBS as part of Park Chan-wook month, announced that he would shoot his next film not on the latest high-definition camera but on the humble iPhone 4. Although Paranmanjang is only a 30-minute short film, it received global attention upon its announcement. The director attributes this to the ubiquitous nature of Apple’s flagship device: "The new technology creates strange effects because it is new and because it is a medium the audience is used to". It’s audience is probably more used to using the portable device to shoot cat videos for YouTube or bootleg concerts, but Park – perhaps best known for his Vengeance Trilogy (Sympathy for Mr. Vengeance, Oldboy, Sympathy for Lady Vengeance) – thinks big when he thinks small.

When the teaser trailer was launched in January 2011, what was perhaps surprising to many was the sheer quality of the piece. As seen in the behind-the-scenes video on the making of Paranmanjang, a lot more production effort went into the short film than the average home movie. Indeed, with a reported cost US $130,000, it was shot on up to eight iPhone 4 devices, placing its production values outside the realm of the average citizen. Telling the story of a man that catches a woman while fishing in the middle of the night, the footage shows all the storyboarding, rigging and careful planning that would go into any other shoot. Camera lenses were fitted to the iPhone to allow for his carefully orchestrated shots to be carried out with the precision we have grown used to.


Yet Park is not alone in his vision, with mobile film festivals increasingly prominent around the world. Although Toronto’s Mobifest was on hiatus in 2010, it is due to make a return in 2011. Australia’s own mega-festival Tropfest has a mobile film category under the Telstra Mobile Masterpieces program. In 2010, it was a short a 3 ½ minute film (Mankind is No Island) that was shot entirely on a cell phone that took home the top $20,000 prize at Tropfest New York. Last year, Australia’s first mobile phone film festival was launched in Australia. It’s a mobile world, and we’re just living in it.


While Park’s budget, and trademark surrealist imagery, may not be something that every filmmaker can replicate, the experienced artist has demonstrated what can be done with a device most of us carry around on a daily basis. The same device that keeps us continuously connected to colleagues and other ne’er-do-wells could conceivably be a film studio in your pocket (give or take a few bits of rigging, and the cast and crew). While we may not be able to immediately replicate the work of the groundbreaking director (and nor would we want to), he’s shown us what is possible with the humble camera phone.


Park Chan-wook is returning to more traditional camera work for Stoker, written by Prison Break and Resident Evil: Afterlife star Wentworth Miller, and starring Australian actress Mia Wasikowska. Produced by Ridley and Tony Scott’s Scott Free, it is due for release in 2012. It will be another first for Park, as it will be the first English-language film he has directed. His cameras may be getting smaller, but his vision remains as large as ever.

Richard is the Editor-in-chief of DVD Bits and The Reel Bits. He can be found on Twitter @DVDBits and @The_ReelBits.
Posted by Richard Gray at 9:44 AM No comments:

Hello and welcome to the official Korean Film Festival in Australia blog. KOFFIA took place for the 1st time in 2010 and was a hugely successful event. We thank everyone that attended or supported the festival, and cant wait to see you all again in 2011.

We anticipate 2011 to be even bigger and better, with a wider selection of films, more exciting cultural events, competitions and prizes and a whole lot more. So stay tuned to the blog as we cover all things KOFFIA and the latest happenings in the Korean Film Industry.
What is KOFFIA?
KOFFIA is the Korean Film Festival in Australia. KOFFIA took place in Sydney in October 2010, and will be taking place again in 2011 with KOFFIA II. Look out for news on film selection, special guests and more coming your way soon.
When will KOFFIA take place?
KOFFIA will take place in August and September 2011. Dates will be revealed in the near future but look forward to a greatly expanded line-up this year! The Korean film industry has continued to amaze audiences and we hope to have the latest and greatest films fresh from their Korean release.
Where will KOFFIA be held?
KOFFIA will take place at Dendy Opera Quays in Sydney. It will also take place in another city which will be revealled very soon. We hope everybody is excited as we are!
Who is KOFFIA organised by?
KOFFIA is run by a team of experienced Arts, Culture, Media and Event staff. This year it will operate out of the newly established Korean Cultural Office in Sydney. The Korean Cultural Office will open in April 2011, which will satisfy all of your Korean culture needs.

So stay tuned as we begin our preparations for KOFFIA 2011. Remember to catch all the latest news on our Website, as well as give us your feedback on Twitter and Facebook. And let us know what you would like out of this blog or if you would like to contribute to it. Are you still hungry???