Liam José is one part of CRIME FACTORY PUBLICATIONS, which publishes noir, crime and hardboiled magazine and literature. He also writes for CRIMINAL COMPLEX. His fiction has been published in numerous anthologies, and can next be found in The Tobacco-Stained Sky and Superhero.

We asked Liam to write about how he discovered Korean cinema, and what he loves about it. Here is what he said...

I was asked to write about how I came to love Korean cinema for the KOFFIA blog, and, like so many other people in Western countries, I’d have to trace my love to Oldboy (2003), Park Chan-Wook’s masterful thriller – which is playing at this year’s KOFFIA as part of the ‘Modern Classics’ line-up. 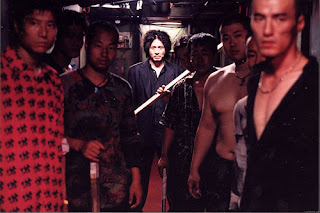 It opened in Australia in the old timey days of 2005, so cast your mind back – back to when Live 8 successfully eliminated poverty and all the world’s woes; when smartphones had yet to launch, and the secret tower that beams thought control laser at us all had yet to be switched on. Yes, it truly was a different age. And so was I, due to the magic of “time”.

From the opening shot of Oh Dae-Su (Choi Min-Sik) dangling Oh Kwang-rok’s character over the edge of a building by his necktie, I knew I was hooked. The movie had a fearless blend of operatic staging, blood-curdling violence and the darkest black humour. Based on a comic book, OldBoy is the tale of Oh Dae-Su, who is kidnapped and imprisoned for 15 years, only to be released and told he has five days to discover the reason he was taken. It is the antetype of the modern resurgence in revenge thrillers, and a good gateway drug into Korean cinema in general.

Read more »
Posted by Raelene Loong at 3:37 PM No comments:

Looking Back: Reflections on Sydney’s KOFFIA 2012 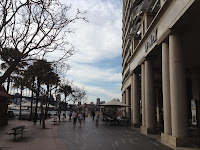 It’s already been almost a week since this years Sydney KOFFIA wrapped up with the closing ceremony on Tuesday evening.  It’s been strange finishing my normal job and realizing I can just stroll home, as opposed to the routine I’d developed of heroically running through the city at 5:00pm while ripping my shirt & tie off, in the style of Clark Kent turning into Superman, to reveal the KOFFIA t-shirt underneath.  The questions of if I’d be allocated to ticketing, ushering, information desk, or various other tasks that being a KOFFEE involved, have now been replaced with the more mundane ones, such as Dominos or Pizza Hut, Starbucks or Gloria Jeans?  Like most things in life, there’re no easy answers. 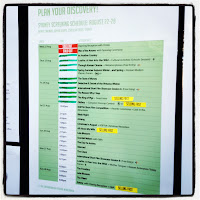 The 7 days that the Korean Film Festival spanned created many great memories, no doubt not only for the people that worked there, but for the audiences that got to enjoy the movies as well, so I thought I’d share some of my own that definitely won’t be forgotten.  After working at the opening night, I found myself back in the thick of things on Friday for the Korean Cult Cinema Double Header, which consisted of ‘King of Pigs / 돼지의 왕’ & ‘OldBoy / 올드보이’.  To help people get into the spirit of things there was a Gangster Dress Up Contest, and when it comes to gangster style (forget about Gangnam Style!) nobody does it quite like the Koreans.