KOFFIA 2013: My Experience by Priscilla

KOFFIA 2013 eventually comes to an end and the opportunity to work for KOFFIA has been a memorable and brand new experience for me. I am neither a Korean nor Australian, I’d only been living in Australia for four months and started working here from the beginning of June. My Korean film background is not very impressive at all but I’d like watching the Korean drama, movies and entertainment TV show. 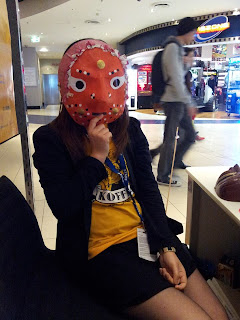 Whenever I told my friends in Hong Kong I assisted in marketing the Korean film festival here, they’re all very excited and followed by a lot of questions, for instance, “Will you meet any of the famous Korean artists or celebrities during the event? Which Korean movies / drama have you watched recently? Do you like Song Joong Ki? He is very handsome"blah blah blah... and the conversation never ends. No doubt, Korean movies and culture are very popular among Hong Kong people too and I believe that the Kwave is spreading quickly in other countries as well, perhaps we will see more Korean Film Festival organised in different places soon.

Back to my experience for KOFFIA, it’s hard to describe in just a few sentences but I'd have a couples of happy “First Time” memories to be recorded here.

KOFFIA 2013: My Experience by Margaret

The opportunity to blog for KOFFIA has been an enriching and rewarding experience. Much like Ben, I have been attempting to juggle the demands of uni, learning Korean and tutoring HSC students, with writing for the KOFFIA blog. It has been a tough balance, but a nice reprieve! As much as I like writing, it can be an arduous task actually putting pen to paper. Starting that first sentence is always the most excruciating.

My Korean film background is not impressive at all, so I feel that the blogging experience really opened my eyes to the impressive repertoire of Korean films out there. I may not engage in fan-girling or know all the actors names and filmography, but I am beginning to appreciate Korean film, especially as I enjoy seeing the settings and places in the films  that are so familiar to me.

I am currently writing this last blog post for KOFFIA 2013, when I should be reading a chapter of an Honours cohort member’s thesis. That being said, since I have been unable to attend any of the films bar ‘A Werewolf Boy’ on Opening Night, I think I can express some disappointment regarding the unfortunate clash of schedules.

On the other hand, the optimist in me points out I was at least able to attend one film – and a very good one at that. I did not know that Korean cinema would gather this much attention in Sydney, let alone in Australia so far from the amount of interest generated in Brisbane. I was aware of the interest towards K-Pop due to the increasing number of non-Korean friends asking me about learning the Korean language, but I was not expecting this much attention and dedication towards Korean films. This is something incredible to see and I hope the Korean Cultural Office and other organisations will sustain and increase the momentum gathered thus far.

KOFFIA 2013: My Experience by Paul 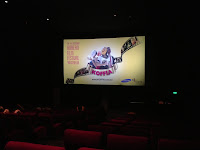 Writing this on the last day of this years KOFFIA, it seems like a good time to reflect on the barrage of cinematic goodness that has spread itself along Australia’s East Coast over the last few weeks.

KOFFIA for me also stands as a kind of moment in time reference point for my own life in Australia, when for the 2012 version of the festival I found myself taking on blogging duties, as well as volunteering to help out at the movie screenings. At that point in time I’d only been living in Australia for a few months, having come here after spending over 3 years living in Tokyo, Japan. 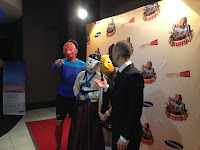 There were of course a lot of differences between Tokyo & Sydney. There, I could regularly watch Korean movies on the big screen (even if it meant struggling through the Japanese subtitles), whereas here I hadn’t seen a single one. There I’d regularly meet my friends in Tokyo’s Koreatown, a whole suburb of streets and alleyways jammed full of restaurants and bars which even had its own train station, whereas here my friend took me to a strip the length of a single block on Pitt Street and announced “Welcome to Koreatown!” There I was paying to take Korean lessons that were being taught in Japanese, whereas here I discovered I could take them for free in English! & of course there I’d regularly take the less than 2 hour flight to Seoul on a long weekend and be back in Tokyo 72 hours later with an aching liver, whereas here suddenly Seoul was over 10 hours away and a whole lot more expensive to get to.

Read more »
Posted by Paul Bramhall at 2:50 PM No comments:

KOFFIA 2013: My Experience by Genesis

An early morning flight to Korea looms as I write this reflection. Funny, this feeling - that somehow through the films I viewed at KOFFIA 2013 I feel as if I’ve already been to Korea – from ancient Joseon to modern day Seoul! Is it safe to say that when I step out of Incheon everything will feel alien-ly familiar? I hope so, even though this will be my first time to the land of the Morning Calm.

I’m a K-pop, K-drama and K-fashion enthusiast – adding K-film to my list of K-enthusiasms was just covering another base I hadn’t previously. This opportunity came through artistic director Kieran Tully and fellow blogger Raelene to whom I’d like to express my deepest gratitude to. I also extend that to the KCO and the entire team behind KOFFIA. It is so great that such good cinema has become readily available here. I had only experienced Korean cinema once or twice before but after KOFFIA 2013 I can never see Korean cinema the same way again. I believe the expression is “broader horizons”!