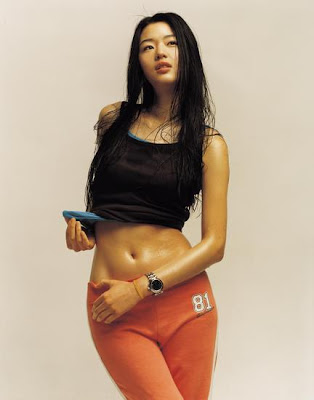 For people like myself who became a fan of Korean cinema in the early 2000’s, the first memory we have of Jeon Ji-hyun is probably the same - that of her vomiting over an unsuspecting passengers toupée while riding on a late night train, the memorable part of course is that the toupée was on his head when she did. The scene is from the 2001 movie ‘My Sassy Girl / 엽기적인 그녀’, which not only became a hit in Korea, but became a sensation throughout the whole of Asia, particularly in China. The movie itself spawned an official Hong Kong movie sequel, as well as being re-made in Hollywood.


‘My Sassy Girl’ well and truly marked the arrival of Ji-hyun as an icon of the Korean new wave, a far cry from her original dream of being a flight attendant. Discovered at 16 on the street by a fashion editor, after a name change from Wang to Jeon, perhaps to disguise her Chinese heritage, in 1997 she began a successful modeling career. While she landed a role in the long forgotten 1999 movie ‘White Valentine / 화이트 발렌타인’, it was actually a Samsung commercial for a printer of all things which brought her to the public’s attention. The two minute ad pretty much consists of Ji-hyun dancing and little else, but let it be a lesson on the power of dance, what effect it had on printer sales I’m not sure.

KOFFIA Blogger Michael Collins decided to take a look at the film that will open the 4th Korean Film Festival in Australia, Jo Sung-hee's A Werewolf Boy. The film had its world premiere at the Busan International Film Festival last year and has delighted audiences since. Read on to get Michael's thoughts on the film and build up your excitement for #KOFFIA2013! 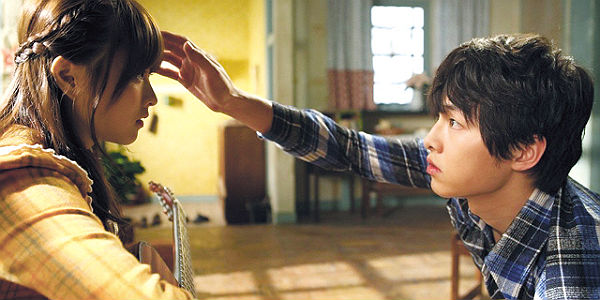 Super natural slow dance romance is now a genre in your book store and it's pretty much a movie genre too. there's even zombie romance. This film is one for the members of Team Jacob. Told in flashbacks, this a fairytale of a girl who meets a very unusual boy indeed. A story of love and acceptance of an outsider.

Read more »
Posted by Michael Collins at 11:00 AM No comments:

With just under 3 weeks until we open in Brisbane for this year's KOFFIA Korean Film Festival, we are all very excited here at the KOFFIA headquarters. This year, the festivals theme is 'Presenting ... the Many Faces of Korean Cinema' as we hope to provide you with an access point to Korean cinema and culture and highlight the talented filmmakers, actors and actresses who are part of the world Hallyu!

Now, we would like to introduce you to some of those faces! Let me introduce you to 2013's amazing KOFFIA Blogging Team who will help to keep you updated with films reviews, program schedules, interviews with special guests, behind the scenes coverage of featured events and much more... so stay tuned!!!

Korean Cinema and My Sassy Girl: A Personal Retrospective

In the lead up to the 100th edition of Cinema on the Park, where the Korean Cultural Office will screen the beloved rom-com MY SASSY GIRL, blogger Joseph Sampson takes a look back at the effect the film had on him in a personal retrospective on Kwak Jae-yong's classic film. A film that for so many of us was the beginning of our fanaticism for Korean culture, its a great article to leads us in to this special evening taking place at Event Cinemas, Geogre St. If you haven't got your ticket yet, there are just a few seats left, so book yours today. Watching the film on the big screen will be a big moment for many Korean film fans so don't miss out. Read on below!

One of the attractions of Korean cinema is the fresh approach to both narrative and technique that the Korean film industry brings to the table. Get the right Korean film in front of someone who in unfamiliar with Korean cinema, and chances are, they will become a convert. That’s what happened to me. It took quite a while and a bit of doing for me to see my first Korean film, but once I did, I never looked back. 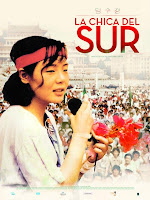 While the last thing you’d probably associate with the Spanish Film Festival, currently being held in Sydney, is to see a documentary about Korea, Argentinian director Jose Luis Garcia provided us with that very thing with a screening of his 2012 documentary ‘The Girl from the South’.

The circumstances which led to the making of the documentary make it compelling even before a single frame has been witnessed. A brief look at any synopsis of the piece explains that back in 1989, Garcia attended the World Youth and Students Festival in place of his brother, a journey which had political undertones and was sponsored by the USSR, which happened to include a ten night stay in Pyongyang. While Garcia himself had limited interest in the political purpose of the trip, as a budding film-maker he was more than happy to have the opportunity to be using a borrowed VHS video camera to capture the event on film.