Framed in angelic halos, the visage of Lee Young-Ae from Park Chan-wook’s Sympathy for Lady Vengeance has become an iconic image of modern Korean cinema. Already a popular and award-winning television actress in the long-running drama Dae Jang Geum by the time she first appeared on the big screen, and with a string of modelling and commercial work already under her belt, Lee’s first major role came in another Park Chan-wook film, JSA: Joint Area Security. Appearing alongside Lee Byung-Hun (I Saw the Devil) and Song Kang-Ho (Thirst), Lee distinguished herself in a performance that would set her on the path to international recognition. 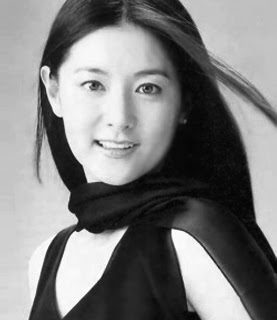 Lee’s breakthrough performance would come with Heo Jin-ho’s One Fine Spring Day, a film that would earn her Best Actress at the Pusan Film Critics Awards. Despite being in one of the mot popular series of all time, when the final episode of Dae Jang Geum aired to half the population of Hong Kong and hundreds of millions in China, Lee was not content to rest on her laurels. In 2005, she appeared in one of her most challenging roles to date, the aforementioned Sympathy for Lady Vengeance. The final part of Park Chan-wook’s “Vengeance Trilogy”, following Sympathy for Mr. Vengeance and Oldboy, the internationally acclaimed film earned Lee ‘Best Actress’ awards at 8th Cinemanila Film Festival, The Motterle Awards and South Korea’s own prestigious Blue Dragon Awards, where the picture also won Best Film.
Nicknamed “The Oxygen Woman”, Lee’s career off-screen has been just as illustrious as her roles in films, as recounted in her 2006 autobiography “Young-Ae’s Vow”. In 2004, she was appointed a Goodwill Ambassador by UNICEF, building on work she had begun back in 1997 as a NGO Goodwill Ambassador to Ethiopia. In 2007, she received a Medal of Culture Merit for her contribution to the Korean Wave from the South Korean government.


She surprised her fans when she married her Korean-American boyfriend, Jung Ho Young, in secret. In early 2011, Lee announced that she had given birth to twins, a pregnacy that she had also kept secret, and as such her latest role is the one of mother. However, wherever life takes her, we look forward to seeing more from the captivating actress.
Richard Gray
Richard Gray is the Editor of the online magazine The Reel Bits, and this KOFFIA Blog. He is also a regular guest at the KCO's Cinema on the Park. You can read Richard's unfiltered train of thought on Twitter @DVDBits.
Posted by Richard Gray at 7:55 PM